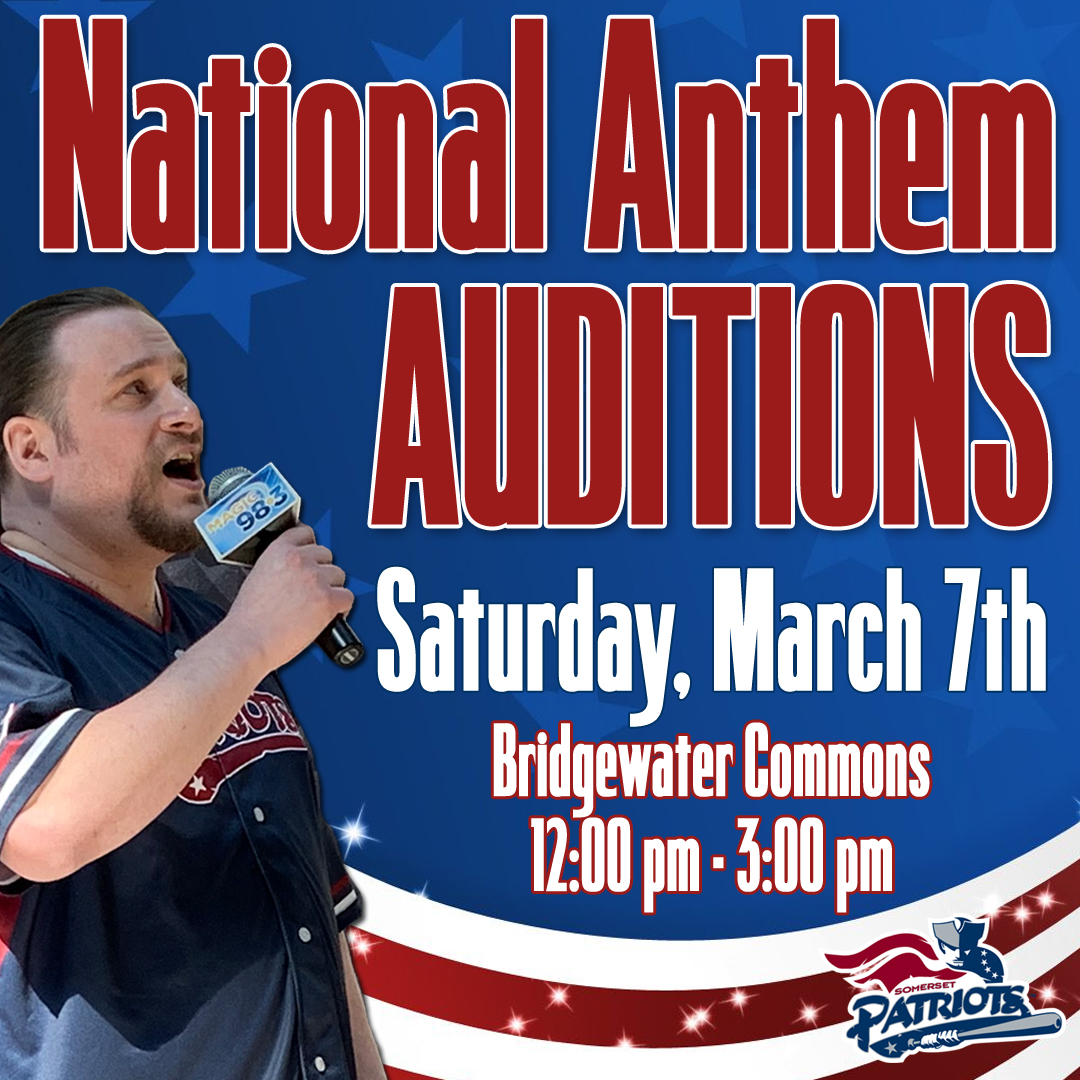 The Somerset Patriots, along with Magic 98.3 FM and WCTC 1450 AM, have announced that the team will host National Anthem Auditions on Saturday, March 7th from 12:00 pm to 3:00 pm at Bridgewater Commons Mall.

The event will be a fundraiser designed to benefit Operation Shoebox New Jersey, an all-volunteer organization dedicated to collecting donated supplies to ship care packages to U.S. troops based overseas.

There will be a $10 fee to audition, with 100% of the proceeds to benefit Operation Shoebox New Jersey.  The $10 donation is tax deductible and all participants will have the opportunity to sign a letter that will be included in a care package to a soldier.

The Patriots will audition soloists and small groups during the event with up to ten winners being selected to return as finalists to sing the National Anthem in front of judges at TD Bank Ballpark at a later date.  During this time the judges will have the chance to hear the finalists sing the National Anthem and give final approval to perform at the ballpark during the season.